Taproot decline (TRD) of soybean is caused by Xylaria necrophora. First detected in the mid-2000s in the southern U.S., this disease has been observed to result in yield losses approaching 25 percent. Symptoms generally occur at pod filling stages (R4-R6), but can be observed anytime during the growing season. In some cases, symptoms can appear on seedlings and young, vegetative soybean plants.

Foliar symptoms of TRD include interveinal chlorosis and necrosis of leaves, which can be confused with other diseases such as red crown rot, stem canker, and sudden death syndrome. Premature plant death can also occur, and if infected plants are removed from the soil by hand, most of the root system will snap off and remain in the soil. The root system that remains attached to the stem of the plant generally has black fungal growth. In fields with a history of TRD and substantial residue remaining, humid conditions promote fungal growth known as “dead man’s fingers” at the base of the plant or from residue beneath the soil surface. Generally, dead man’s fingers are seen after frequent rain showers or irrigation events occurring after the crop canopy closes. Other symptoms of TRD include seedling death and seed rot. The causal fungus is thought to survive in soybean plant residue.

Differences in soybean variety susceptibility to TRD have been observed. Crop rotation and tillage may reduce survival of the causal fungus, but do not eradicate the presence of the disease. At present, fungicides are not labeled for management of taproot decline, but certain fungicides applied in-furrow have been observed to be beneficial. 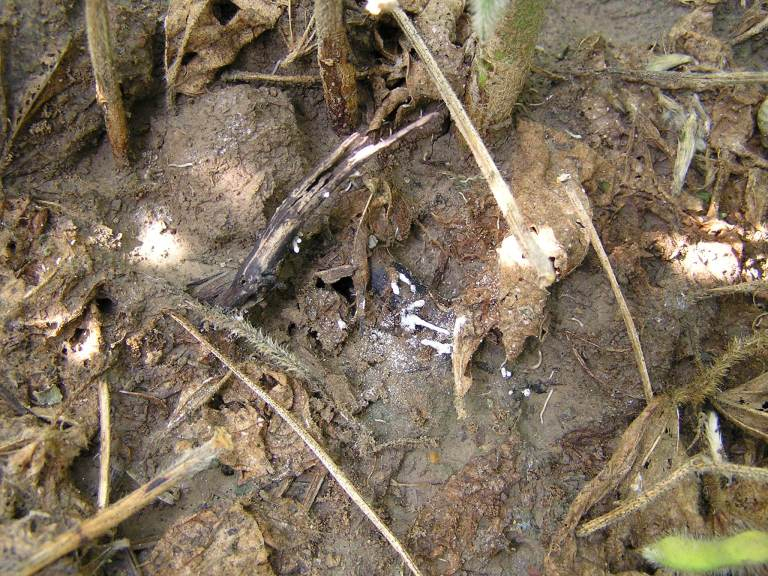 Dead man's fingers on soil surface can be produced by the fungus that causes taproot decline. 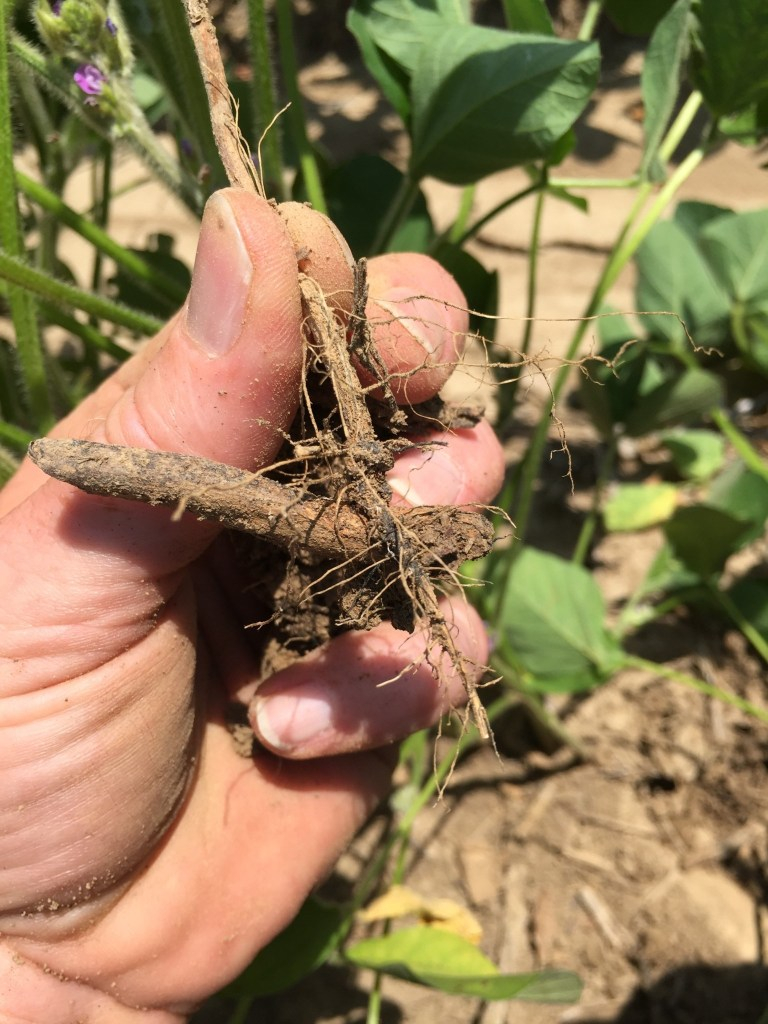 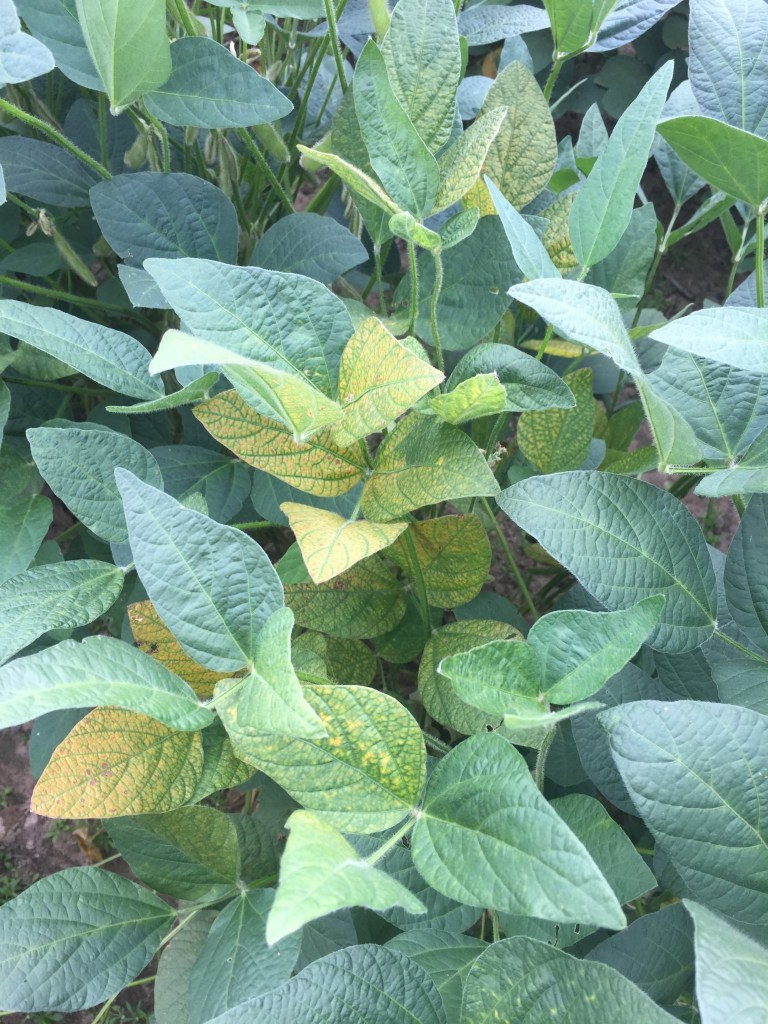 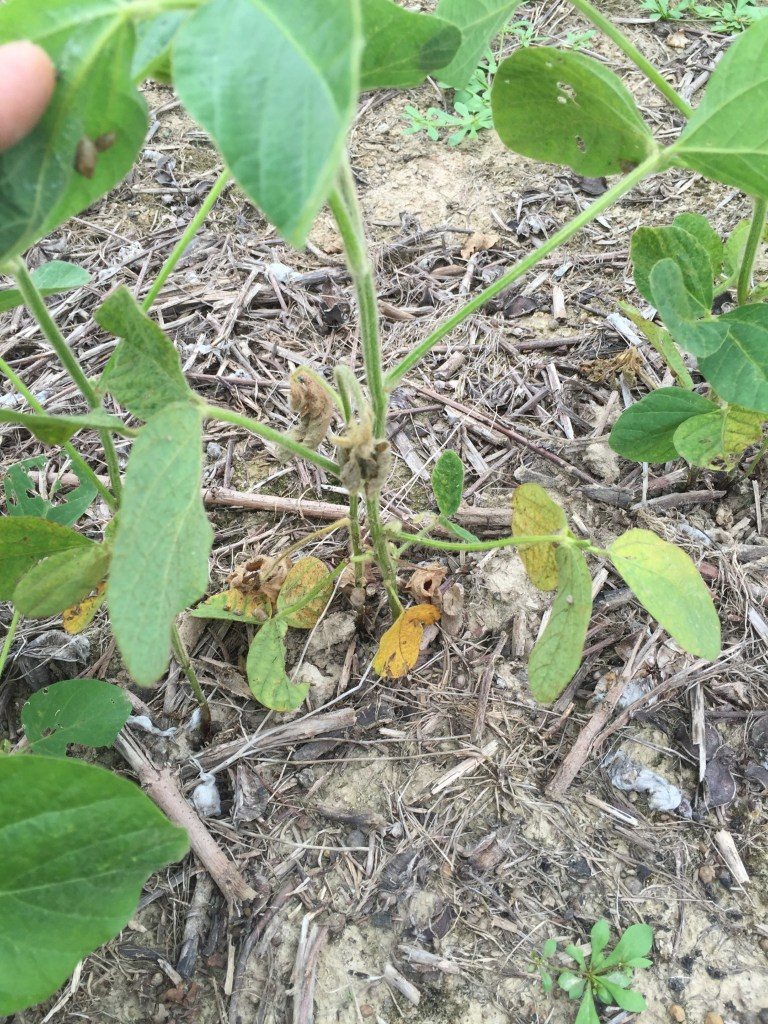 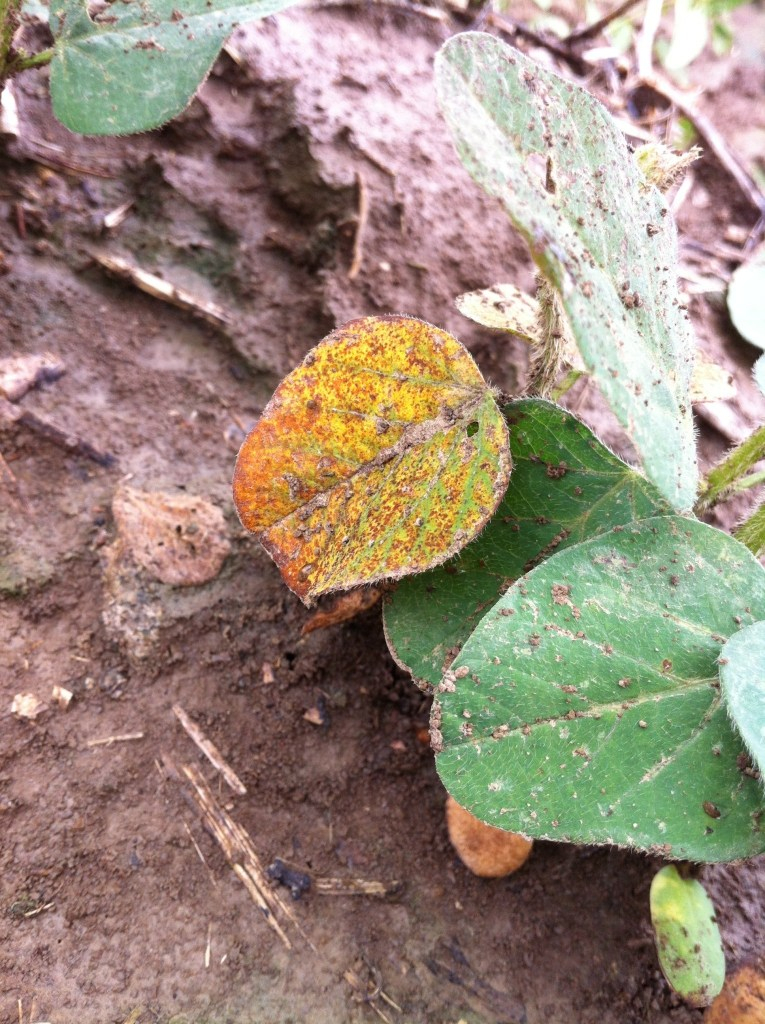 Downy mildew of soybean is common but se...