Foliar symptoms begin with small light green to yellow blotches in between the leaf vein, which expand to cause interveinal necrosis. Leaves may die prematurely. Stem symptoms start as a reddish discoloration of the lower stem. Following periods of high moisture late in the growing season, discolored areas become flush with white hyphae and red/rusty brown spore-bearing structures. The central pith of the lower crown may have a grey discoloration. Roots are rotted and plants are easily removed from the soil. Root rot can occur without foliar symptoms and infected plants may be shorter than nearby healthy plants. 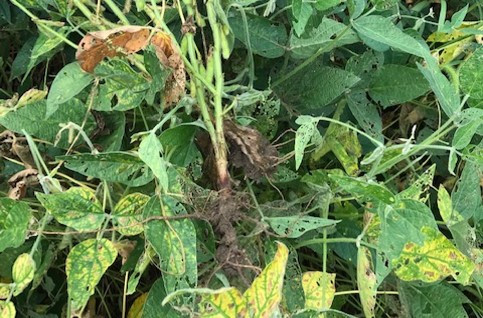 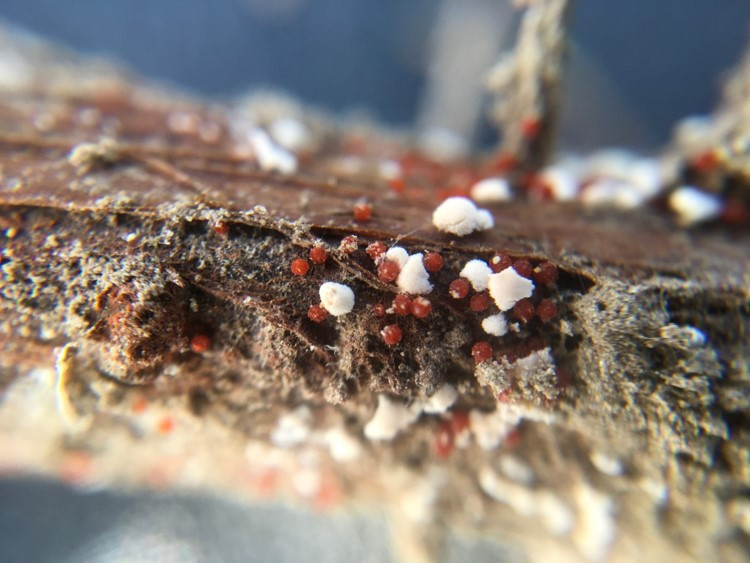 C. ilicicola overwinters in soils as microsclerotia, which can survive several years in the absence of a suitable host. Microsclerotia can be dispersed locally in wind-blown plant debris as well as field equipment. Infection occurs under warm, wet conditions. If infested plants are exposed to warm, wet weather after R3, the fungus may produce a toxin that accumulates in the foliage. 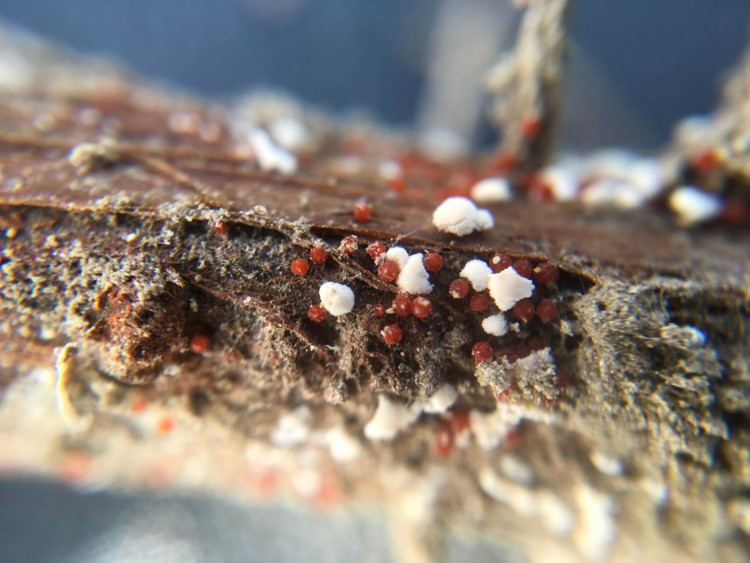 Red perithecia are signs of the pathogen that causes red crown rot. 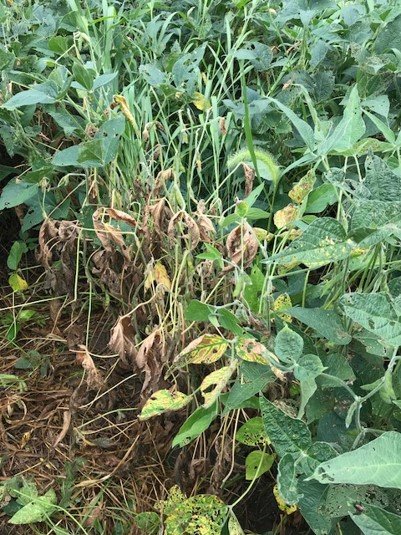 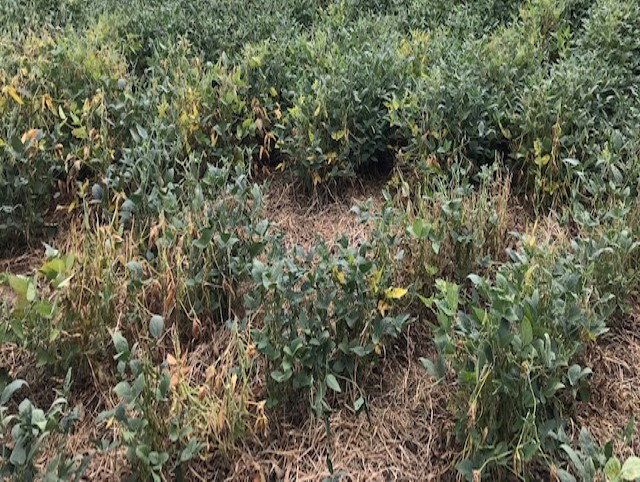 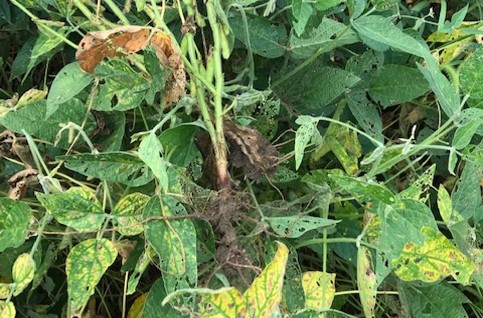 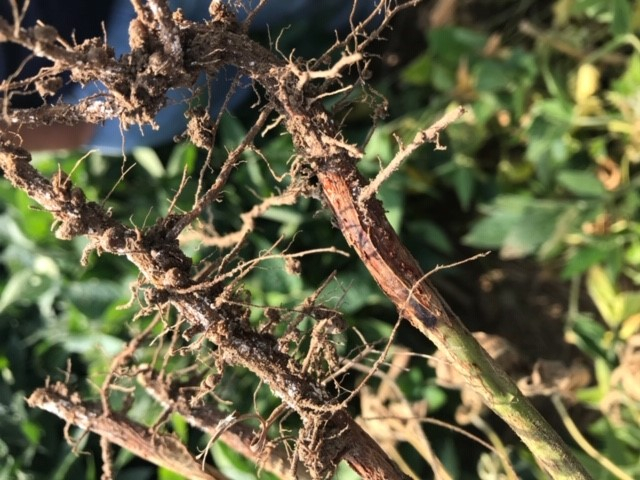 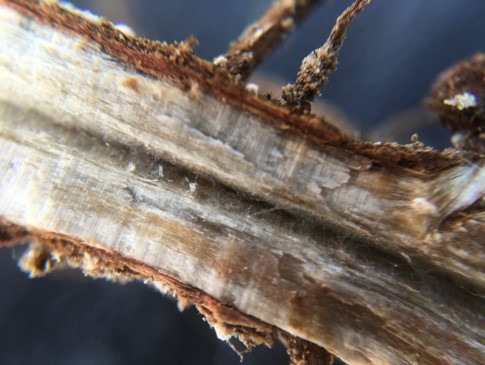