Selecting soybean varieties is one of the most critical decisions a farmer can make each growing season. Although high yield potential is important, there are also other factors you should consider when selecting varieties, including disease, insect, and herbicide resistance traits; maturity date; and target market.

This publication describes the main factors you should consider when selecting which soybean variety to plant. Here is a quick list of considerations for selecting soybean varieties: 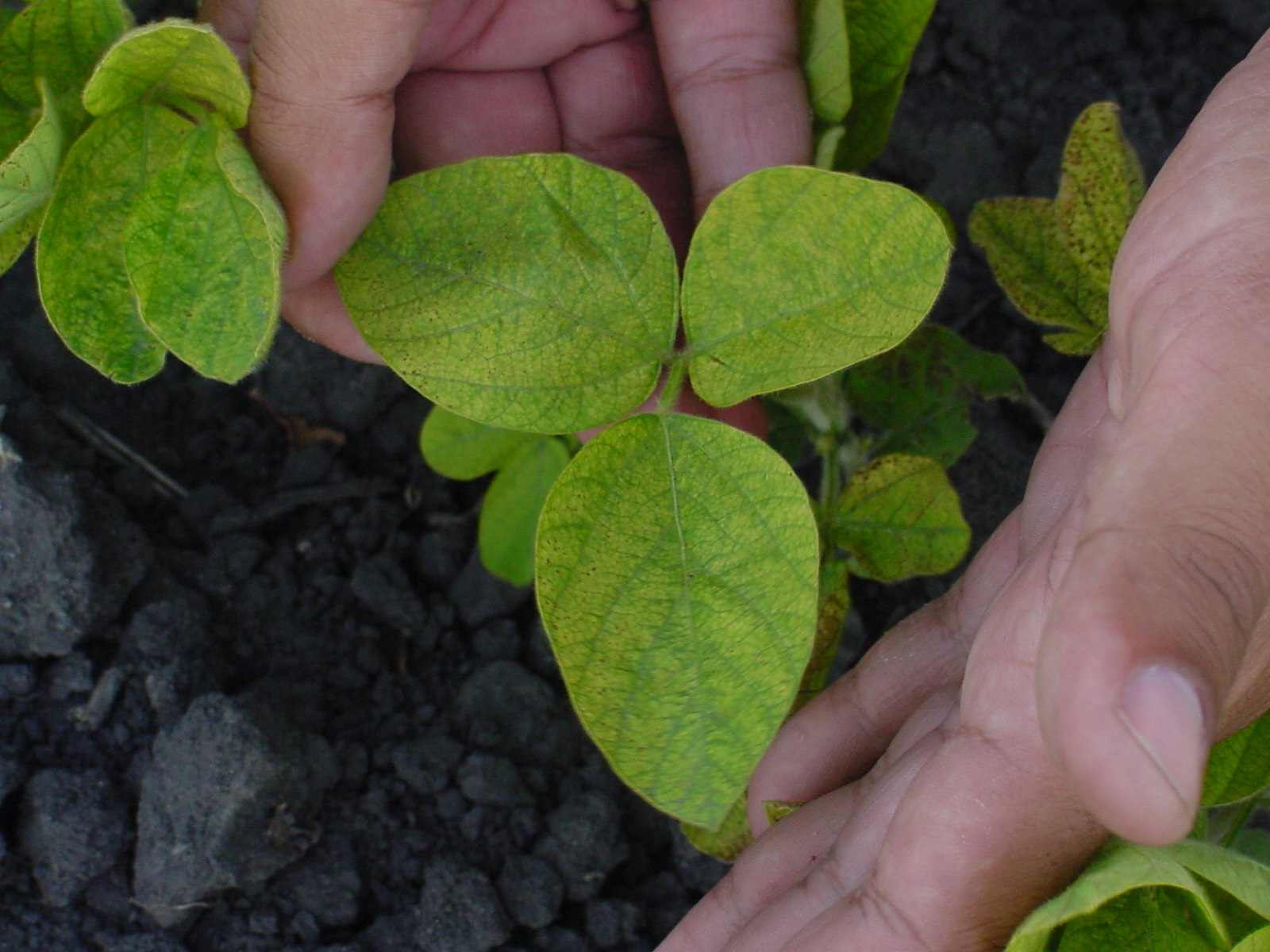 Figure 1. Iron deficiency chlorosis can cause yield loss in certain regions of the United States.

Figure 1. Iron deficiency chlorosis can cause yield loss in certain regions of the United States.

It is important to know the weed history, previous herbicide use patterns, and herbicide-resistant weed issues in a particular field to help you choose the herbicide resistance traits you need when choosing a soybean variety.

Planting disease-resistant soybean varieties can be the most effective and economical disease management option. Soybean varieties are available that have varying levels of resistance to some of the major diseases that occur in the United States and Ontario, Canada, such as soybean cyst nematode, sudden death syndrome, and frogeye leaf spot.

Some varieties may include resistance ratings for other diseases, but not all varieties are rated for every disease. If you have a field with a history of one or more diseases, select varieties that are resistant to the diseases that have the greatest effect on yield.

The maturity group you select can also help mitigate the damage from some insect pests. For example, early-maturing varieties are often less susceptible to lateseason pod feeding by bean leaf beetles or stink bugs.

Several factors affect soybean development, including genetics, temperature, and hours of sunshine. Plus, diseases, moisture, and other stresses can lengthen or shorten the actual days to maturity depending on when the stress occurs. For these reasons, it’s important to routinely evaluate the ability of new soybean varieties to adapt to these conditions. After this evaluation, choose the most appropriate maturity group (MG) to maximize yields and returns (Figure 2). 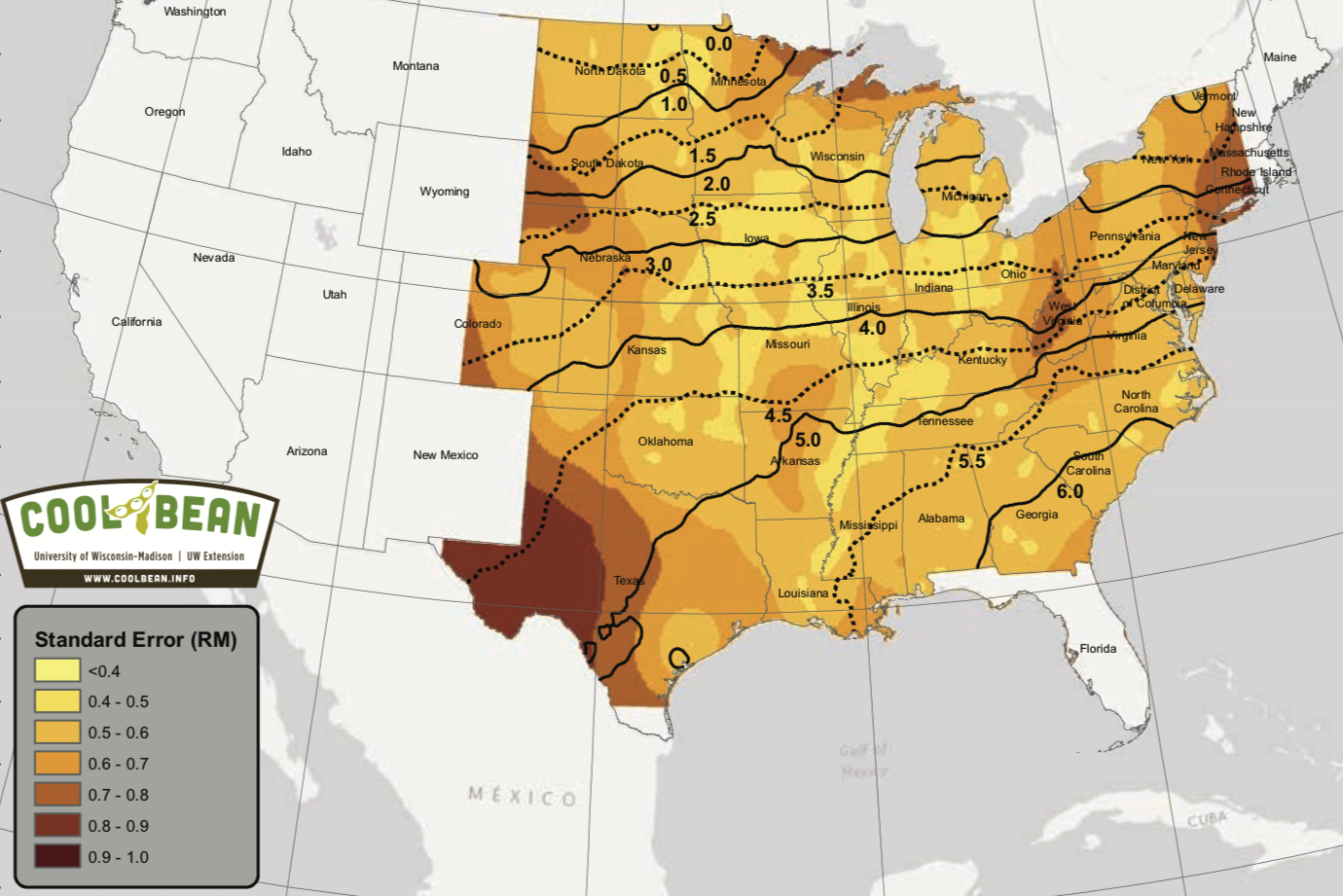 Successfully complete a quiz for this publication to earn 0.5 CCA CEUs here.

All photos were provided by and are the property of the authors and reviewers, except Figure 1 provided by Greg Tylka, Iowa State University.

The Crop Management series is a multi-state collaboration sponsored by the North Central Soybean Research Program (NCSRP) through the Soybean Checkoff. The authors thank the United States Department of Agriculture - National Institute of Food and Agriculture, the Grain Farmers of Ontario, the North Central IPM Center, and United Soybean Board for their support. Contributors to this series come from land-grant universities in the North Central states and Canada.

This information in this publication is only a guide, and the authors assume no liability for practices implemented based on this information. Reference to products in this publication is not intended to be an endorsement to the exclusion of others that may be similar. Individuals using such products assume responsibility for their use in accordance with current directions of the manufacturer.

This publication was developed by the Crop Protection Network, a multi-state and international collaboration of university/provincial extension specialists and public/ private professionals that provides unbiased, research-based information to farmers and agricultural personnel.

The U.S. Department of Agriculture (USDA) prohibits discrimination in all its programs and activities on the basis of race, color, national origin, age, disability, and where applicable, sex, marital status, familial status, parental status, religion, sexual orientation, genetic information, political beliefs, reprisal, or because all or a part of an individual’s income is derived from any public assistance program. (Not all prohibited bases apply to all programs.) Persons with disabilities who require alternative means for communication of program information (Braille, large print, audiotape, etc.) should contact USDA’s TARGET Center at (202) 720-2600 (voice and TDD). To file a complaint of discrimination write to USDA, Director, Office of Civil Rights, 1400 Independence Avenue, S.W., Washington, D.C. 20250-9410 or call (800) 795-3272 (voice) or (202) 720-6382 (TDD). USDA is an equal opportunity provider and employer.

©2018 by the Crop Protection Network. All rights reserved.