Southern blight is caused by Sclerotium rolfsii, a soilborne fungus that has a wide host range of more than 200 plant species. Once considered a minor issue in soybean in the South, it has become more problematic, especially in fields with a history of the disease.

Symptoms can occur at any time during the season from seedlings to mature plants. Seedling infection results in pre- or post-emergence damping-off. Later in the season, entire plants may become yellow and wilt, with leaves turning brown and often remaining attached to the plant. A dark brown lesion that girdles the stem occurs at the soil surface. This lesion is generally accompanied by the development of conspicuous white, fanlike mats of fungal mycelium that form on the base of the stem, on leaf residue, and on the soil surface around infected plants.  Numerous, small round fungal bodies that are about the size of mustard seeds (called sclerotia) form on these fungal mats and on the lower stem. Initially, sclerotia are yellow-tan then progress to a reddish-brown color and finally dark brown at maturity. The pathogen overwinters as sclerotia that can remain viable 3 to 4 years near the soil surface. Disease development is favored by hot (77-95°F), humid weather conditions, hence the name southern blight.

Sclerotia, a sign of the fungus that causes southern blight, on a soybean stem. Image: T. Mueller.

White fungal growth on the stems of soybeans, a symptom of southern blight. Image: T. Faske. 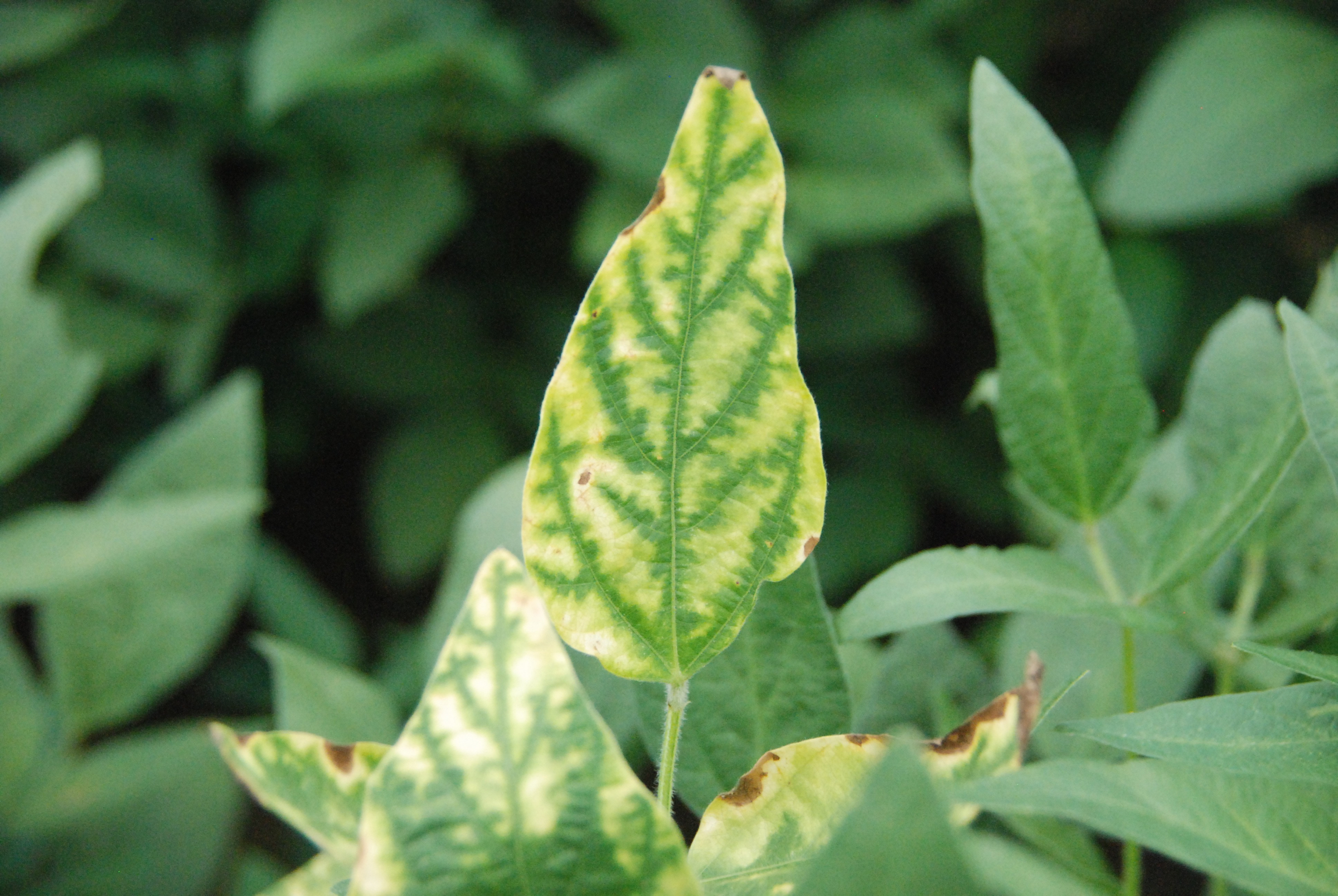 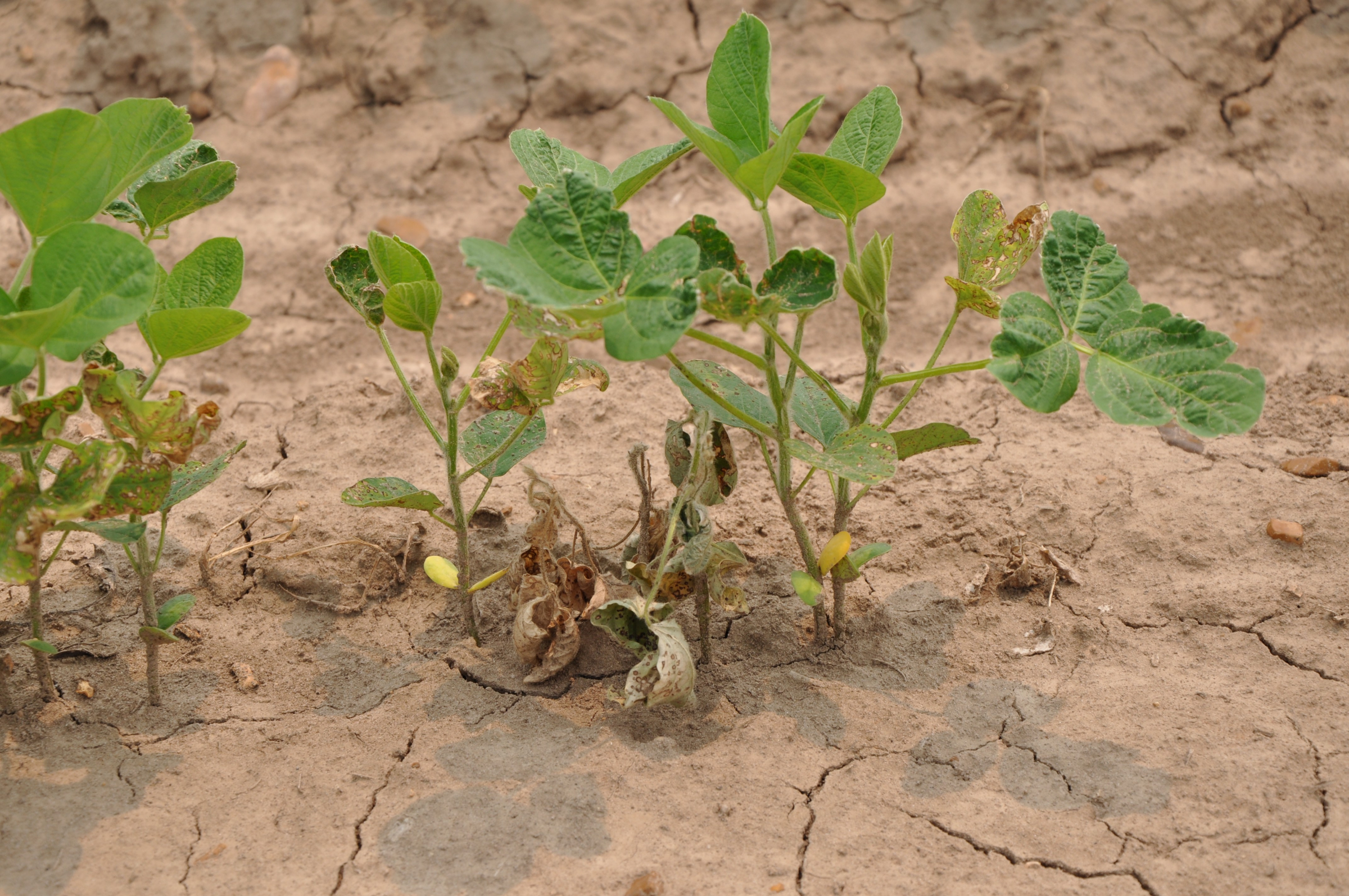