Symptoms are rapid wilting and death of plants, along with extensive root rot. Dried leaves remain attached to the plants. A brown fungal growth may be seen on the surface of the roots. Following rain or irrigation, the fungus may produce a small (2” to 8” diameter) tan to brown spore mat on the soil surface near diseased plants. The disease is seen in the field on a few adjacent plants within a row, or more extensively, in somewhat circular areas, recurring in the same spot from year to year.

There are no good management options for this disease on soybean. Rotation to monocot crops does not eliminate the pathogen, but keeps the disease from becoming more prevalent in future seasons. Other approaches such as deep tillage of crop residue, incorporation of organic matter into soil, or altered planting dates have a limited impact and/or may not be feasible in soybean production. There is no fungicide labeled for control.

Content developed and/or reviewed by Daren Mueller and Tom Isakeit. 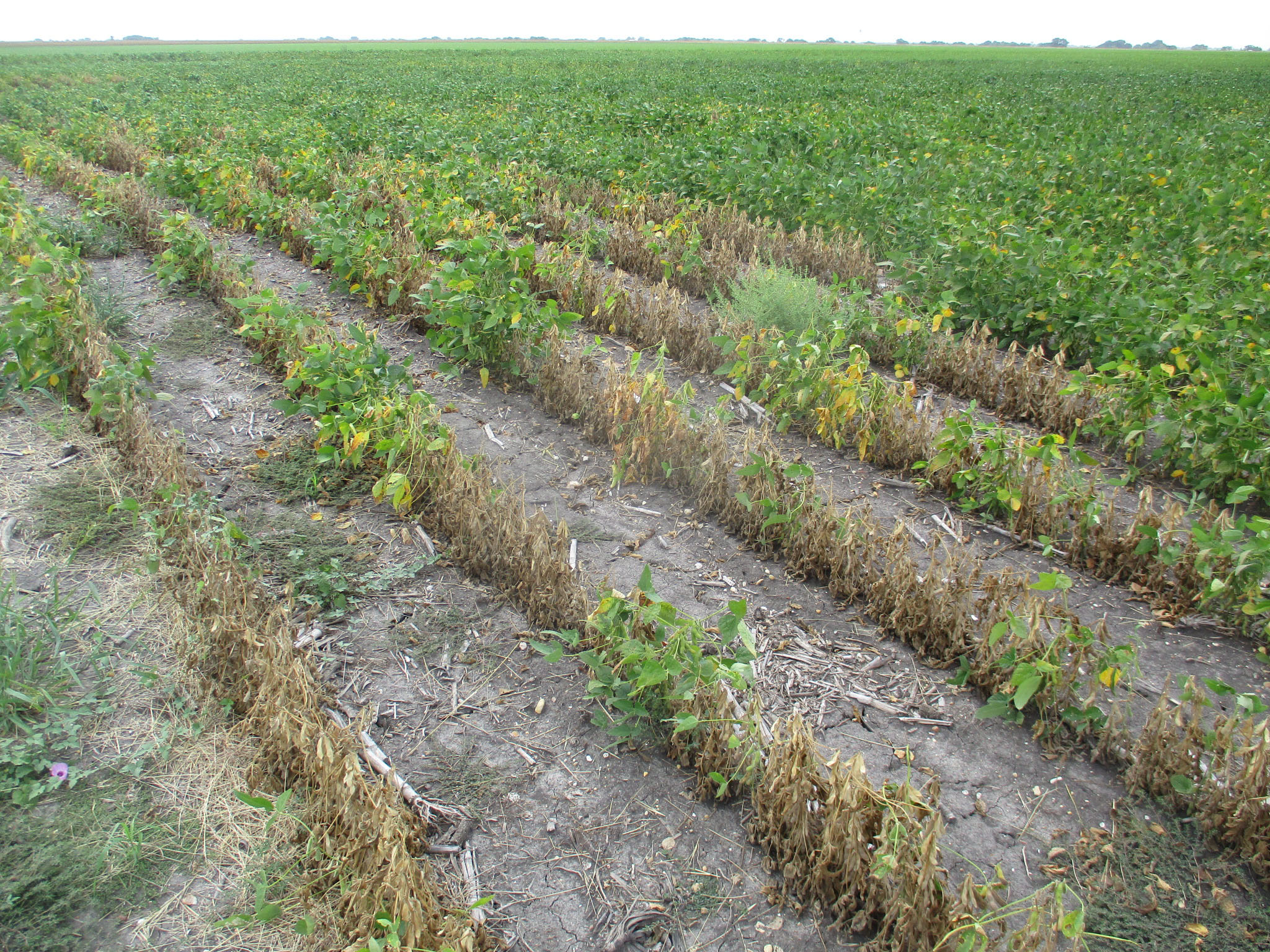 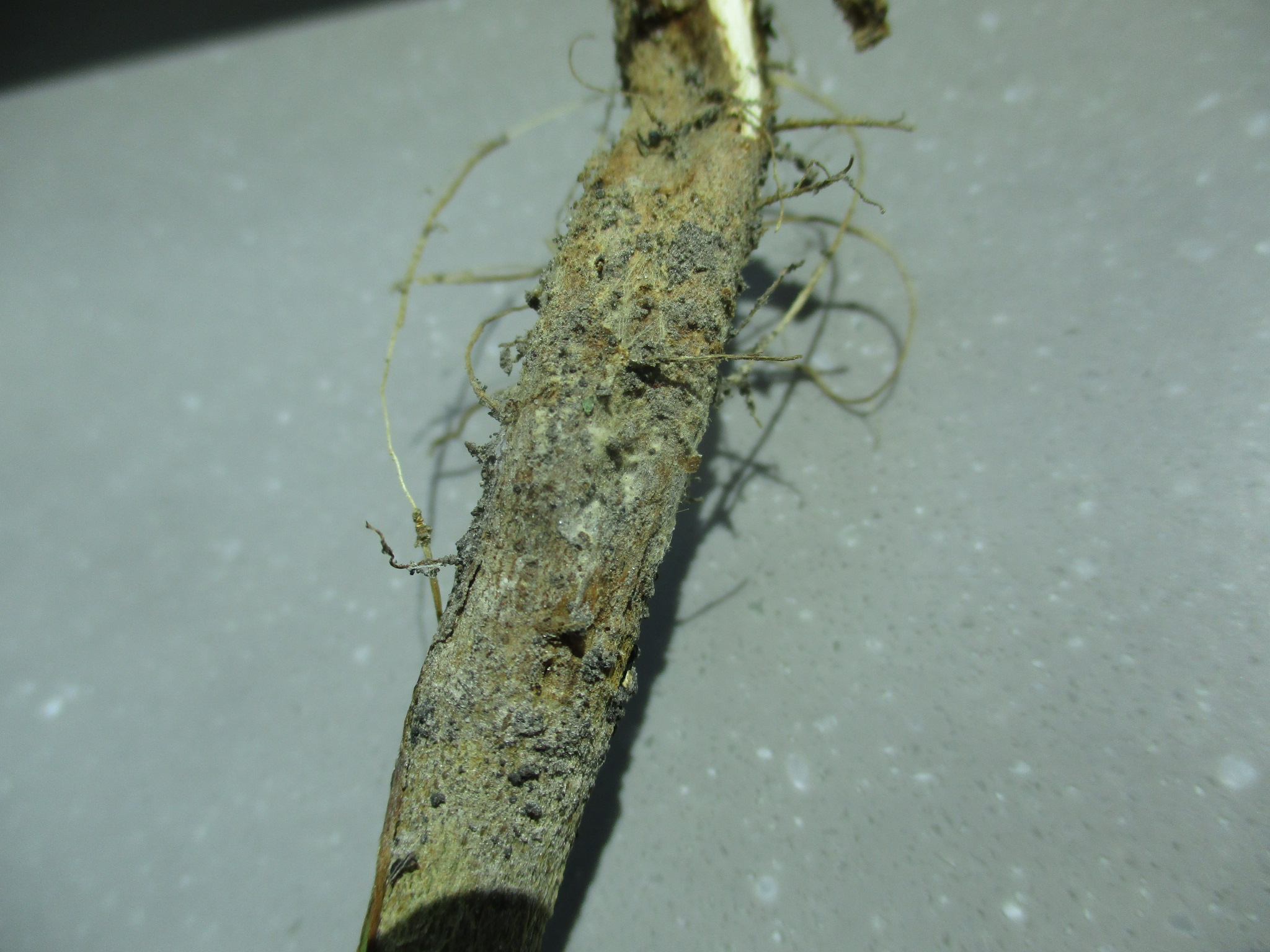 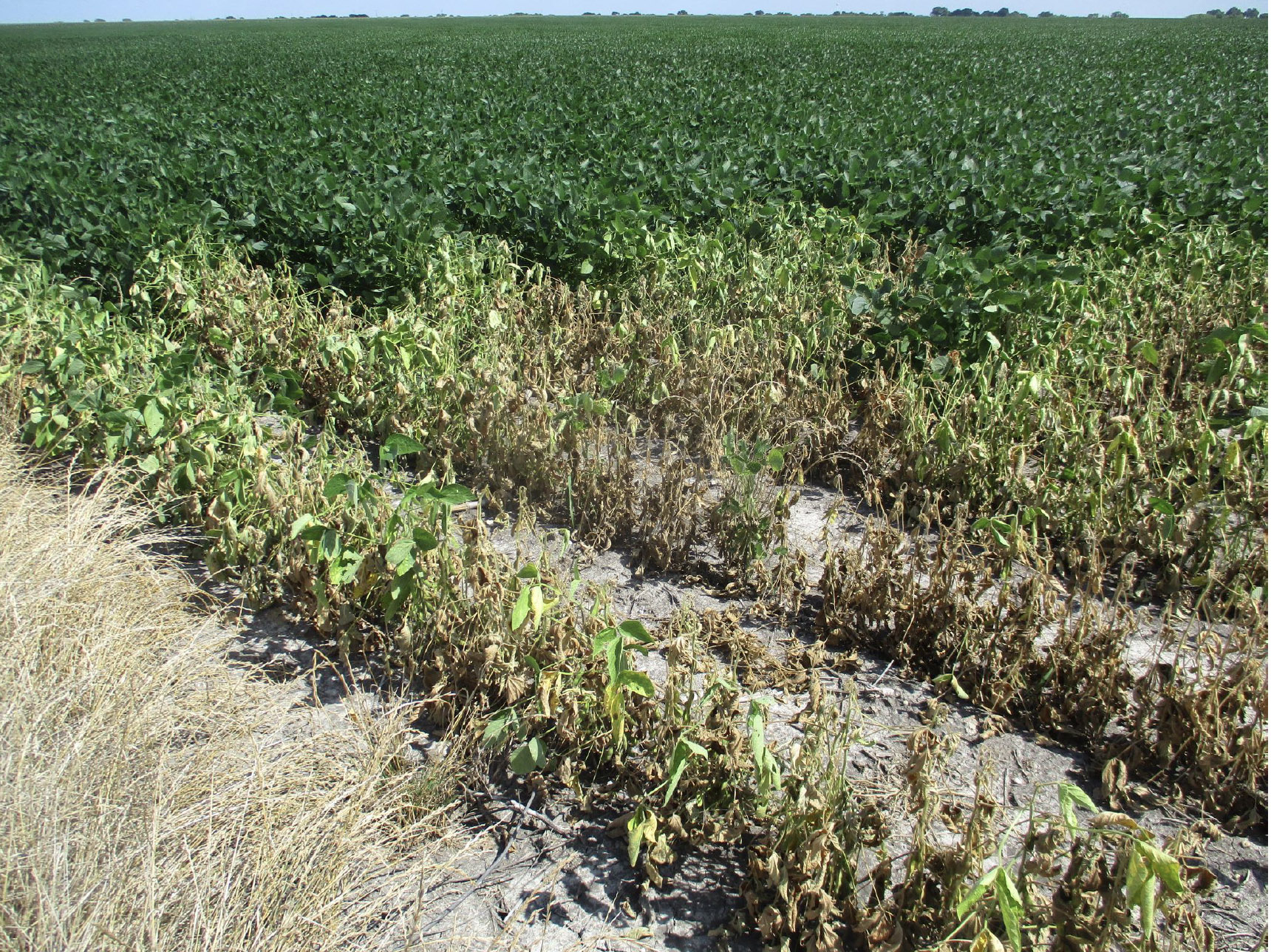 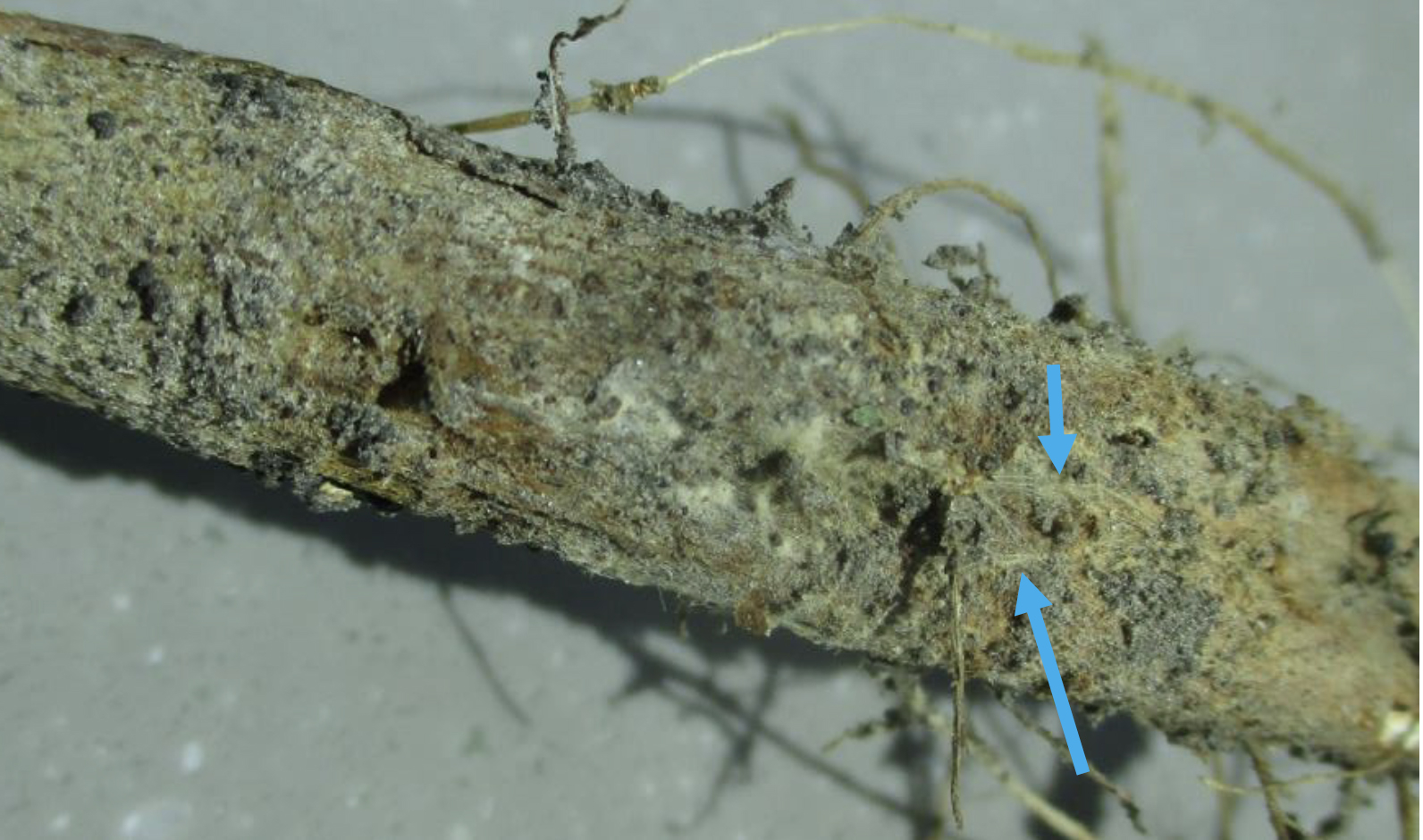